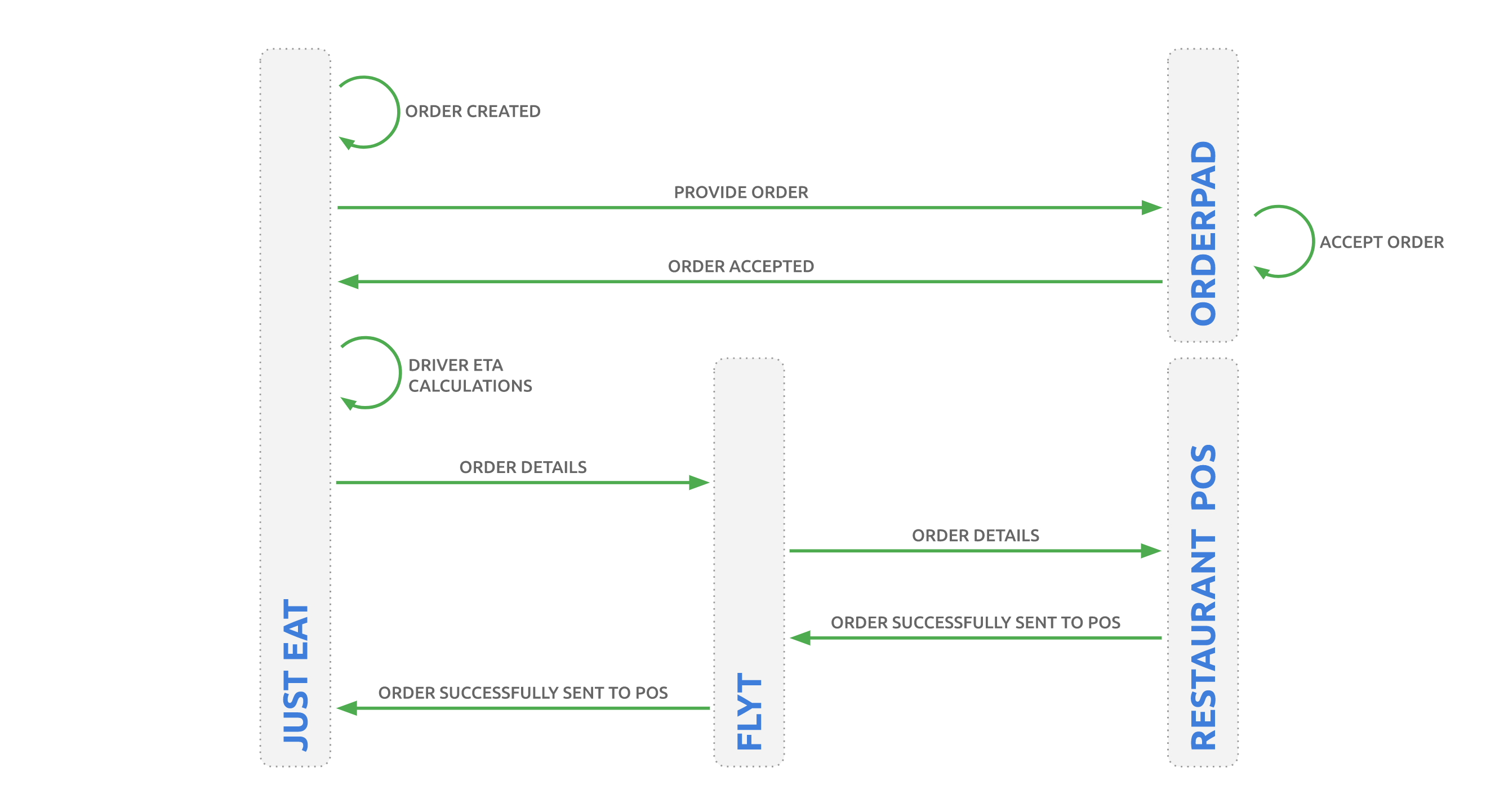 Just Eat have built asynchronous callbacks into our POS integration capabilities. This means that Just Eat works great even with one-off or reoccuring delays getting the order to the POS (e.g. due to a legacy POS system). Even if there has not been a response for several minutes, Just Eat don't have to cancel the order injection because of a lack of response or timeout.

In the event that an order does fail to transmit, Just Eat have also built configurable retry capabilities to attempt to inject the failed order again.

Order failed to send to POS 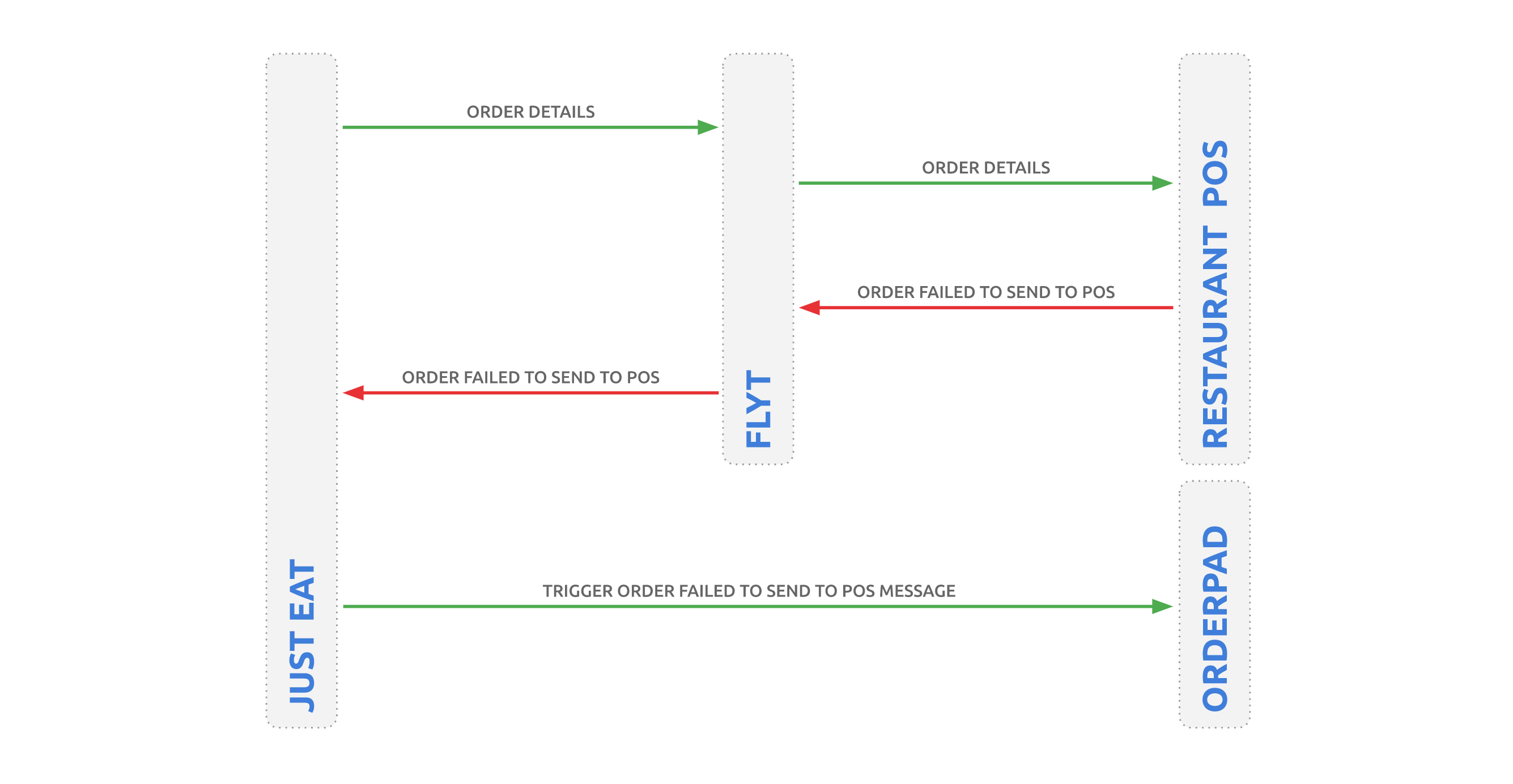 If there is a problem, Just Eat will trigger the above flow and show a message on the restaurant's Orderpad indicating which order was affected. This message also includes next steps for restaurant staff to follow indicating to type the order into the POS manually.

This flow ensures that all Just Eat orders make it to a restaurant's POS system.

Updated about 3 years ago